Happy Horse Ranch is a private ranch that opens the gates to people for Equine-Assisted Services. It’s a place where you can develop new skills, re-connect with peers, find out more about yourself, work through your unique challenges, build family bonding, get inspired and experience joy. Our groups are supported by a team of professionals who are certified to use horses in equine-assisted activities and therapies, and trained volunteers. 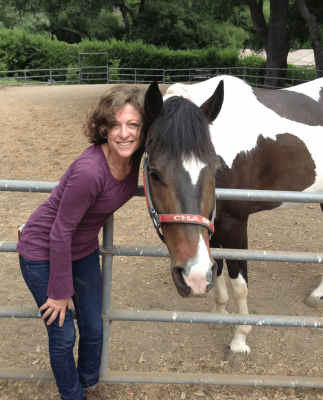 Susan landed as a volunteer at a ranch doing Equine Assisted Psychotherapy in February 2008. Falling in love with the work, Susan launched a 501(c)3 nonprofit called ELSA (Experience Learning Support with Animals) in 2009 to serve youth and young adults with disabilities through horse assisted activities and therapeutic riding. Susan comes equipped with 30 years of marketing, business development & sales experience, and a lifetime of loving horses. She built her business expertise in the corporate world starting her career at Ogilvy & Mather, followed by management positions at Vans Shoes, The Walt Disney Company & DreamWorks. She holds degrees in Psychology and Business from UCLA and is EAGALA certified (Equine Assisted Growth and Learning Association) and PATH trained in methods of equine-assisted services. She is an avid trail rider and studies natural horsemanship and dressage. Susan has worked as a volunteer on behalf of animals and at-risk youth her entire adult life. Today, Susan says the best part of her work with horses is “it feels authentic and resonates deep within me; I see horses having that positive effect on others as well.” 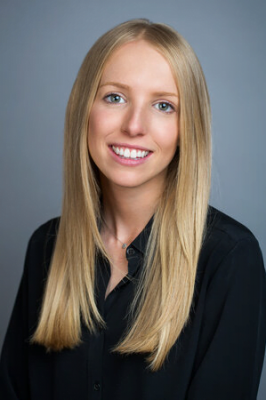 Sally McClain is an Associate Clinical Social Worker who has a passion for helping teens and young adults gain self-confidence, empowerment, and wellness. Sally has worked alongside many of our client’s and their support teams to help them increase executive functioning skills, apply healthy coping tools, and make sure everyone is on the same page. Sally has been a passionate equestrian her entire life and has a degree in equine science. 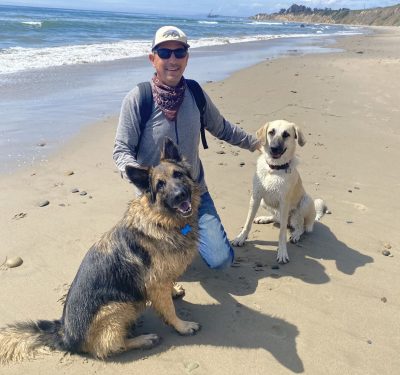 Master of Architecture, University of Oregon

Jamie is an architect by trade but left architecture after a decade working in the San Francisco Bay Area in search of a more creative pulse in the entertainment industry and so Jamie returned to LA for work in art direction and production design. Notable projects include the 1996 Olympic Opening & Closing Ceremonies, Michael Jackson’s “Scream” video, concert sets for Madonna, Sting, Sheryl Crow, Willie Nelson, Jennifer Lopez, James Taylor and Joni Mitchell as well as television award shows including the Grammys, the Golden Globes, Billboard Music Awards, the Critics’ Choice Awards, and the People’s Choice Awards. For Happy Horse Ranch, he uses his entertainment production experience for ranch operations and events. 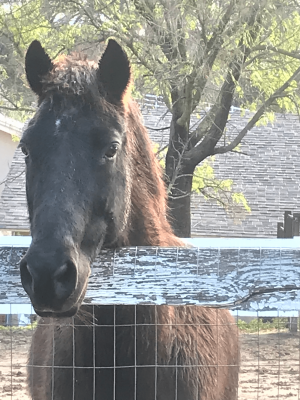 Riley landed as a misfit at a local barn. Reports were he had previously been a show horse but had fallen on tough times when his human went to college and he was living in a carport. Susan and Riley connected in 2012 when the barn decided to sell him because he didn’t fit in. A smart, confident and playful horse, Riley is well rounded and takes care of the humans around him with special attention. To know him is to love him! 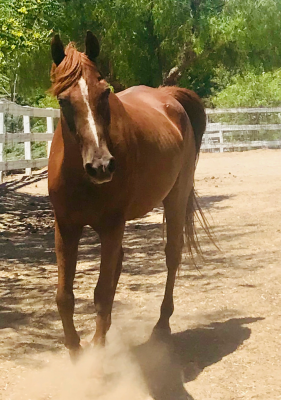 Freddy was considered “an unwanted child” by his original owner. His long story doesn’t fit here, but in brief, he was living in a dark 10×10 stall pretty much 24/7 with no attention and very little time out. When we met Freddy, what we saw was a sad horse who was full of potential! Freddy joined the herd in 2017 and since then, he has realized that life can be good. Freddy is a gentle equine soul who is longing for stability and love. 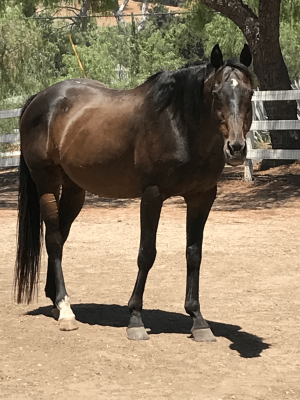 Jimmy Choo is a retired hunter/jumper show horse who joined the herd in 2016. His previous trainer said he is lazy and doesn’t like to jump. We agreed to take Jimmy and initially put him into rehab, to heal old injuries from being an athlete his entire life. But his injuries were too great and he is no longer able to be ridden. Jimmy enjoys working with ranch guests giving out hugs in return for love and attention. 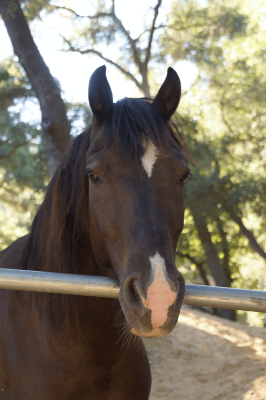 Rudy was donated to the ranch because he had no job at his previous home. Originally bought for a grandchild who showed no interest, Rudy was first donated to another nonprofit who returned him. Working with Rudy is a real challenge! He is busy as can be and has a hard time settling down. Everyday is a potential for fun and games, if you hang out with Rudy! 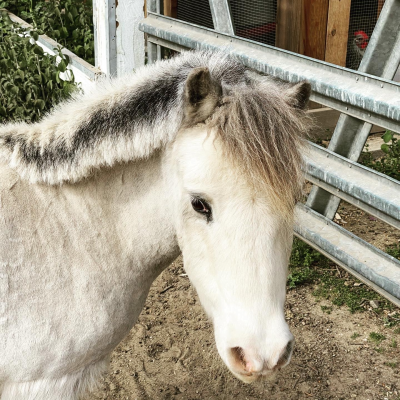 When we first met Fero, we couldn’t believe his overgrown hooves, matted mane and big tummy! Sadly, no one had been caring for him since his human had passed away. He came to the ranch in 2019. Since then he’s been given proper care and keeping and become part of the herd. Fero enjoys being the center of attention and people who meet him can’t help but smile. Fero is a bundle of cuteness who’s eager to please. 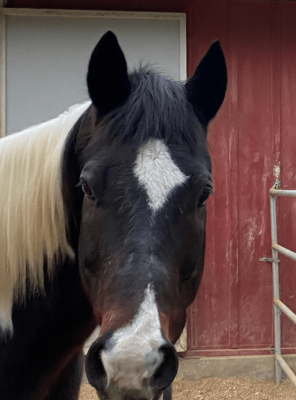 What we liked about Chase when we first met him in 2013 was his easy temperament and extensive training. He was a young, strong and spirited horse who needed to experience life a little. So for several years, Chase spent time on the trails to gain a new, more confident outlook on life outside the arena. When he returned to the programs at the ranch, he was ready, willing and able to make meaningful connections with people. 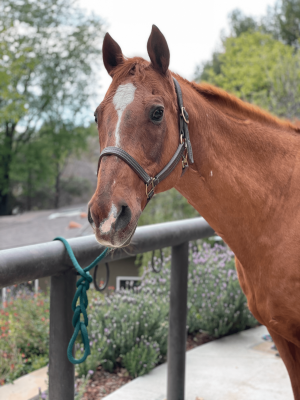 If you’re looking for calm confidence, you’ll find that in Makai. He is well-trained in dressage from life with his former owner. Sadly they didn’t have enough time for him and that’s when he found his new forever home with Sally. He loves trail rides and downtime with his paddock buddy, Beau. 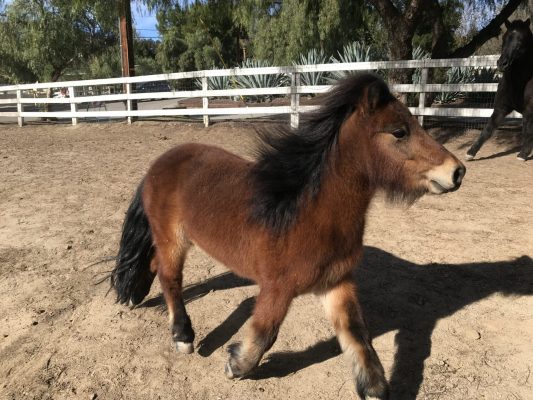 Beau was rescued from an animal hoarder who was disguised as an animal rescue charity. Many of their horses and animals did not have proper care. Luckily, Beau found his way to Sally and a brand new home. Don’t be fooled by Beau’s small size because he’s big on attitude! A youngster with endless energy, Beau puts plenty of play into the herd when he’s hanging out at Happy Horse Ranch